First then strikes your eye when you look at the RR breed is the ridge on its back. Due to this the breed got its noble name Ridgeback. But the main distinction of RR from all other breeds is not in the exterior. Ridgeback is not a nice (lovely) doggy with unusual exterior or a light-hearted companion as the Labrador and Golden Retriever or obedient executor as for example German shepherd. RRs are the dogs with high intelligence, able to resolve problems independently and having excellent memory. They are absolutely devoted to the family and have excellent guardian qualities from birth without need of training. 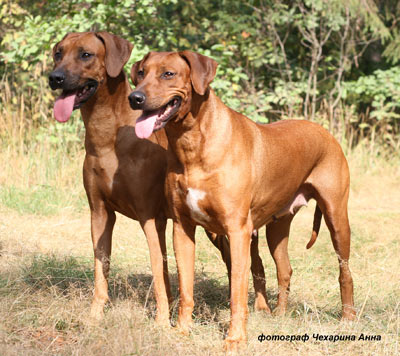 RR will guard your child against strangers during walks. It is known that RR are used for service at one of the most secured unit in USA – military base fort Noks. Such a choice was made by the military due to the fact that these dogs easily track the trespassers but do not attack them – they surround them and do not let them escape. The owner should train the RR keeping self-discipline, step by step and fairly. The RR needs constancy in its treatment from the first day when you bought a puppy and will remember for the whole life if your punishment was unfair. 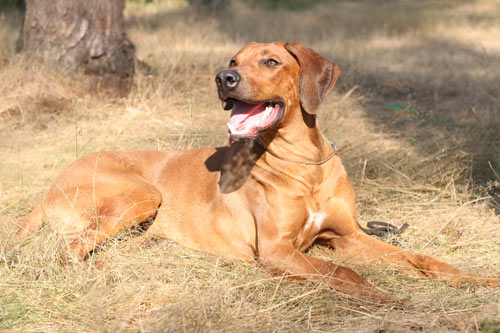 Remember that RR are very clever and they will not understand, accept and execute the actions and orders that are “not fair” from their point of view. There is an opinion that before the execution of the order the Ridgeback will evaluate the situation and only then will execute the order. That’s why don’t expect the straightforward and implicit obedience from the RR.
Traditional RR breed role in South Africa farms consists in scaring of prey beasts, home protection, pasture, and in a separate and very important affair – hunting. By the highest standards the RR is ready to hunt everything. Having additional training the RR show themselves worth in hunting birds, more often frightening them than pointing at them. There are RR which take out the game birds from the water, confirming their status of excellent water-dogs. RR breed dogs can be also used for hunting wild forest boar which is a little bit smaller than wart-hog and do not have big fangs. 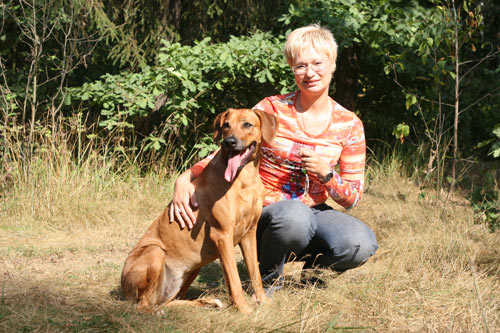 In old times RR were used as hounds. Usually 3 dogs participated in the hunt: one for taking track, two for taking prey on the flank. If the antelope turned, the other dog attacked on the flank and took over the chase or overturned the antelope. Hunting in packs the RRs were chasing the prey until it got tired and exhausted. The RRs have sprinter’s speed and possess great powers of endurance. The hunt may be very long but RR try to minimize it. There are documentary witnesses that RRs successfully chased such big animals as Zebra and canna antelope in spite of the fact that there are smaller antelopes which can be easy prey. RR as all hunting dogs should always hunt with the owner. It is very dangerous to leave a RR without surveillance because the RR can climb into neighbor’s hen house or sheep-fold and the circumstances can be very sad. Bear in mind that in the city RR can react to cats and squirrels. RR begins the hunting and being not able to divert its attention can miss the cars on roads that is very dangerous. The wall around your countryside should be tall and you and your dog should have obedience trainings. 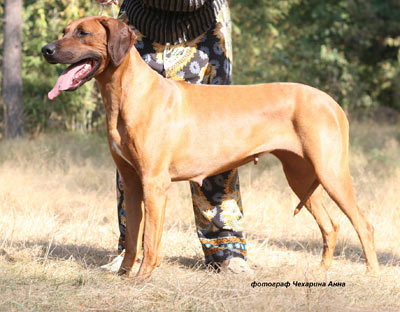 In any case, RR is a clever, enduring and incredibly elegant dog. Of course to buy and to bring up a Ridgeback you need to have much time and patience but the result will not disappoint you, you will have a devoted and true friend who will sincerely love you. 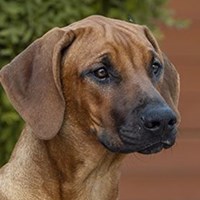 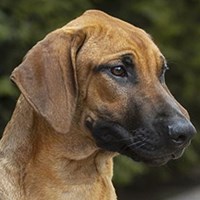