The RR breed itself appeared not long time ago but has very ancient background. First dogs with the ridge on the back appeared in Egypt 3000 years B.C. In Ethiopia in 500 A.D. they protected sheeps from lions and big preys. Hottentots (natives of South Africa) came from Ethiopia to the South Africa in 5th century A.D. and brought the dogs with them. Hottentots’ dogs with the ridge on the back were described by the British Tial in 1505. White colonialists met these wonderful dogs for the first time in the of the 17th century, then the descendants of those dogs were crossed with representatives of different breeds that were brought by European migrants to South Africa in 19th century. 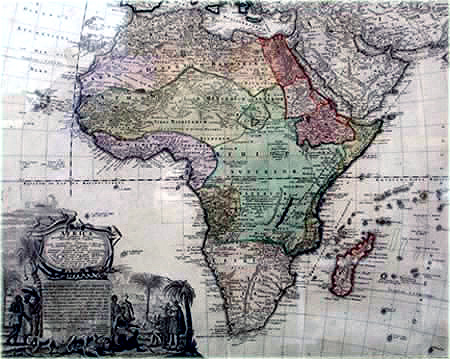 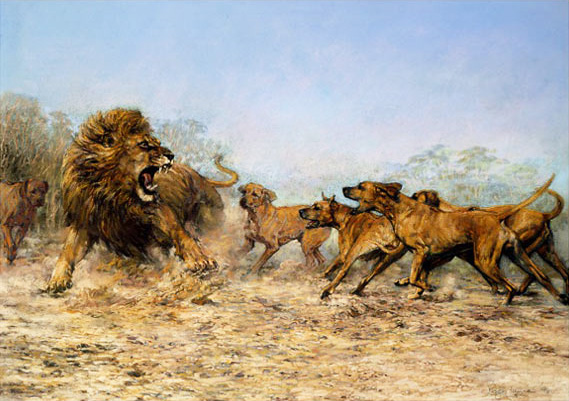 In 1874 the missionary Charles Helm brought in Rhodesia (it was on the territory of contemporary South Africa Republic) two Hottentots’ dogs male and female with the ridges on the backs. Many travelers and hunters were coming to Helm’s house including Cornelius von Rooyen who lived on the Botswana board. Von Rooyen was a very famous gig-game hunter and of course he loved the missionary’s dogs. He moved to Rhodesia and begun to breed a hunting breed. Hottentot's dogs were crossed most likely with mastiffs, dogs, bloodhounds, greyhounds and other hounds, and also with terriers, pointers, retrievers. Soon von Rooyen’s dogs became famous and recognized among local hunters.

In selection process von Rooyen were choosing dogs with the ridge, fearless, enduring, with excellent hunting instinct. At that time farmers needed a dog that could guard the house and hunters needed an enduring dog with high speed qualities needed to chase the game. So, in such a way the Ridgeback’s universality of a guardian and hunting dog was developed. While South African Boers were breeding ridgebacks looking like mastiffs, British farmers-hunters living in Rhodesia were breeding hounds. These two types are very similar to the RRs that we can see at show rings today.

Rhodesian Ridgeback is a truly universal dog able to hunt any game including birds, guard farmers’ cattle and the house. Earliest information about Ridgebacks appeared in Europe in 1877 when they were brought from Rhodesia. First official RR standard were established in 1922 during the meeting of RR breeders. In 1924 the breed was officially recognized by the South Africa Kennel club. Until the official recognition the RR dogs were rather diverse. Their diversities were so strong that different breeders gave them different names: lion dog, ridgeback, boorhound. But all these dogs had the common feature – the ridge on the back. Nowadays the RR breed clubs are present in many countries on all continents and in Russia – from the middle 1990. Last years Russian Ridgebacks are at the top in international shows. 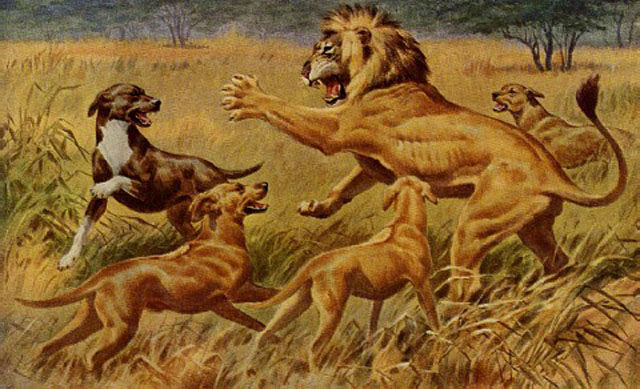 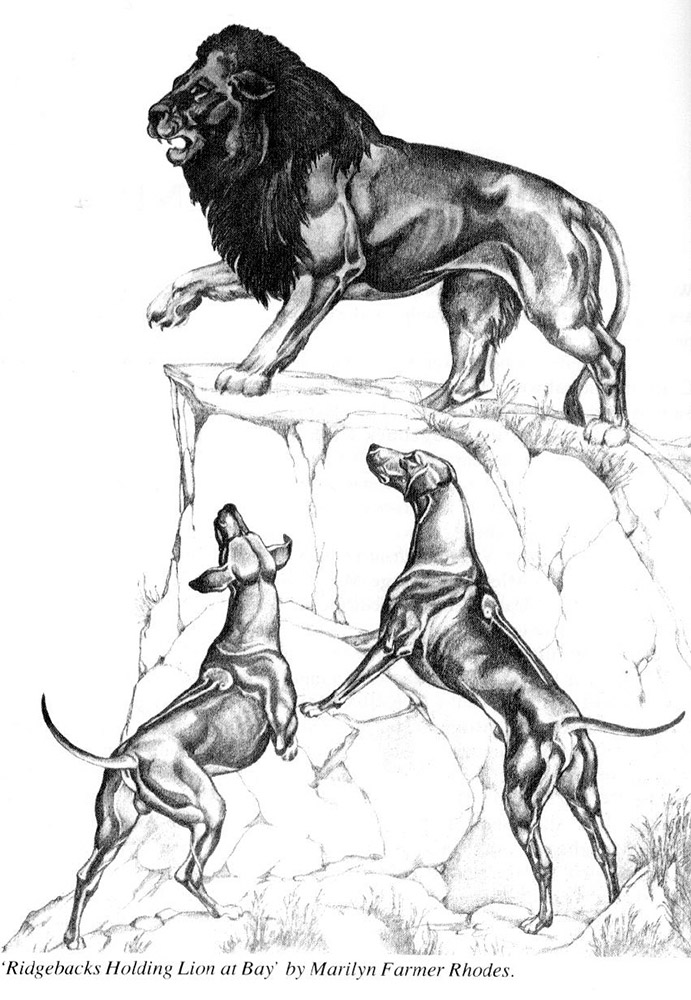 As these dogs ancestors were used for lion hunting, you can find the name Rhodesian lion dog. They say that a Ridgeback can kill a lion that why they are called lion dogs. But it’s not the truth. Even the most fearless Ridgeback never attacks a lion. In past centuries a Ridgebacks pack only surrounded a lion and kept it on the place until the hunters arrival who killed the lion, but nowadays the lion hunting is forbidden in Africa. 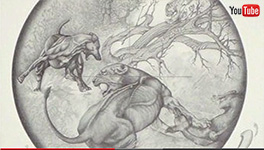